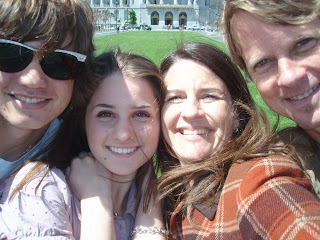 The jury believed her, and acquitted Elva Diaz of 2nd degree murder. In her closing arguments, Aimee Vierra, Elva’s defense attorney, fought back tears as she expressed what an honor it had been to defend her client.

Before they were sent out to deliberate, both attorneys adjured the panel that they must make their determination with an “abiding conviction” as to Ms. Diaz’ guilt or innocence. Each of them explained that an abiding conviction would give the jurors peace tomorrow, next year, and every year for the rest of their lives that they had made the right decision. It was a sobering admonishment, and one that impressed me with the awesome responsibility with which they now were tasked. I did not envy them their job.

The jury deliberated for more than a day, taking the rest of the afternoon and into the next to reach their decision. Thursday afternoon we were exhausted and mentally and emotionally spent. No one slept well. Friday was no easier. We went thrift store shopping with my Aunts Jill and Patty and my cousin Jennifer and her daughter Allie. But I felt sick all day. I had a splitting headache. When we got home, we had a perfunctory lunch and then I collapsed on the couch, waiting. At 3:15 we got a call from our victim’s services advocate, Carlos Romo, informing us that the jury had reached a verdict, and it would be read at 4:00 pm. We hurried to the courthouse, shaking and in tears.

Before we got out of the car, Jill, Erik and I prayed for justice and the strength to accept whatever verdict we were about to hear. We prayed for Elva’s family and for Elva as well. It had been a dark night for all of us, Elva and her family included, and we knew that whatever the decision there was no happy ending for anybody involved in this tragedy.

We took solace, though, in the knowledge that for better or worse this ordeal was about to end. The conclusion of the matter lay just down the hall of the third floor of the Riverside Hall of Justice and through the double doors of Department 31.

In a criminal case, the decision for guilt or innocence must be unanimous. The foreman handed the forms to the court clerk and their decision was read, just in time for the 4th of July holiday weekend. The jury unanimously decided to acquit Elva Diaz of second degree murder and to convict her of the lesser charge of Gross Vehicular manslaughter. Because of this, she will receive a sentence now on the order of someone who steals mail or forges a check.

The jury was thanked for their service and excused from the courtroom. Elva and her attorney, Aimee Vierra, embraced in tears. To them it was a victory for the cause of justice.

So now we have it: for the official record, it is a case of manslaughter, a really bad mistake, and not the result of someone who should have and did know better.

Immediately outside the courtroom, we were approached by members of the press. They asked us if we had received justice. I don’t know what I said to them, but my answer is “NO”. Justice depends upon the truth. The jury never got the chance to hear the truth.

We will have to learn to live with the decision the jury made on July 1, 2011, just as we have had to learn with the irrevocable fact of Rachel’s death.

I could go on and on, but I will take a deep breath, and remind myself of all I have to be proud of and grateful for: a daughter who died too soon but during her short life was a beautiful example of the goodness humans are capable of; a wonderful son who survives and has comported himself like the good and decent man he is through the worst of this terrible ordeal; the confidence that the Riverside District Attorney’s Office spared no expense or effort in the prosecution of this case; the personal friendships we have forged with all of those who have come to love us and Rachel by serving her cause; the abiding conviction that as a family and community that loves Rachel, we did all we could do in the pursuit of justice. In that we take comfort and will find peace.

Posted by Steven Elliott at 8:18 AM 2 comments: