The Swing of Life, or, Dance This Mess Around 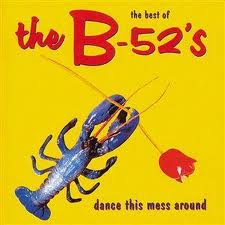 Friday, May 13th was a typical day in the extreme, swinging from sorrow to joy.

Jill and I both went to work with a sense of dread. Not only was there yet another court hearing hanging over our head (this time on the defense’s motion to recuse the deputy district attorney, Kevin Beecham, who has been with us since the beginning of this ordeal) but Jill was scheduled to speak at Orland High School’s Every 15 Minutes program. Rachel graduated from Orland High School in 2007. The program was held in the gym where we chaperoned Rachel’s Senior Prom, where we sat through the difficult Every 15 Minutes program in which Rachel played the role of a DUI fatality, and where, a few short months later, we held her Memorial Service when Rachel was killed. Our family history haunts the place. Proud moments, happy memories and sadness. Simply walking into the building is an emotional roller coaster ride.

Jill was there to lay her heart bare by telling Rachel’s story. Many of those in attendance knew Rachel personally. Some of them remember her participation in the 2007 program. When Jill stood up to speak, the program ceased to be any sort of fiction. Everyone felt the gravity of the reality of the events portrayed. Everyone felt the pain of Jill’s heartbreak. It was almost too real, too much. I kept having to remind myself to breathe, as if not breathing might somehow keep me from falling apart completely. One of the hardest things I have had to endure is to watch my beloved’s heart break, knowing there is nothing I can do to stop or fix it...

You had to be there. The tears and the snot flowed freely as Jill described the events that led to Rachel’s death and the effect it has had on her and on us. People don’t get awards or medals for such things. Maybe they should. I have never witnessed a more courageous and selfless act in my life. I was in awe, and I think everyone else there was as well. I couldn’t peel my eyes off of Jill as she spoke. I was sitting in the front of the auditorium, so I couldn’t see the effect her words had on others. But, when we lingered after everyone else was gone, talking to people who were moved by Rachel’s story, I noticed that the floor of the gym was littered with wads of facial tissue. I wish I had a picture of it.

We were spent. Grief is physically exhausting. We went home afterwards, and climbed into bed. We slept for a while, and felt a little better when we woke. I suggested we grab an early dinner at my sister’s restaurant in town, Farwood Bar and Grill. It didn’t take much to sell Jill on the idea. Mary, our waitress at Farwood, told us that she had attended the Every 15 Minutes event. Because of some painful family history and difficult circumstances in her life, the event had a powerful emotional impact on her, and she told us she was wiped out. She marveled at our strength: She didn’t know how we could do it.

The truth is, neither do we. Before Rachel was killed, we were convinced we could not survive such an ordeal, and we marveled at those who did. We know we are not special or strong. The only explanation we have is that we do what we must. If we have any strength, it is faithfully supplied to us by the Lord simply because we need it.

We had tickets for a B-52’s concert. I remember the first time I saw the B-52’s back in the early 80’s on Saturday Night Live. I was disparaging, dismissive. They were silly. But over the years I grew to love the B-52’s because Jill does, and I love Jill. I bought tickets for the concert, hoping that it would give us something to look forward to beyond the difficult Every 15 Minutes event. We both almost regretted it. After the emotional wringer we had been through, we didn’t know if we had the energy to attend a concert an hour and a half away from our home that didn’t even start until 9:00 p.m.

We went anyway, trusting our instincts. I had bought general admission tickets - standing room only - because we wanted to dance. We had attended a B-52’s concert once before, years ago at Six Flags Over Texas, and security had strictly enforced a no-dancing policy. It was a cruel and unusual prohibition - and we resolved not to suffer it again. We got to the show a little early and staked out a place at the foot of the stage. From the opening beat, we abandoned ourselves to the music, looking and feeling foolish, a couple of aging empty-nesters thrashing out their heartbreak. It felt good. Silly and good. And even and as we danced I knew how silly it was to be dancing with my shattered heart barely held together by this slim thread of love. I really got it then. The B-52’s have known their share of heartbreak and pain - the death of Cindy Wilson’s brother, Ricky. But night after night they get out on stage and dance, dressed in their campy outfits, and sing their silly songs. They make people smile. They make people forget their pain - or dance in spite of it, dance in the face of it. It warmed my heart to see Jill laugh and smile and dance like she did when she was a girl, dancing and singing the silly lyrics of the B-52’s. I found myself fighting back tears even as I danced with abandon. Dancing with tears in my eyes. Joy and sorrow, despair and hope, love and heartbreak, holding hands, together. Dancing the swing of life.

I like to think that though Rachel would no doubt have been a little embarrassed by her parents, she also would have been pleased and proud that we choose to embrace life and its silly little joys, despite the pain.

After the show, Jill and I were tired, but refreshed - sweaty and thirsty and euphoric. We went looking for a place in the casino to get a milkshake for the long drive home. We walked past an older woman in a wheelchair, wearing a beatific smile on her face. She was reverently holding a pair of drumsticks. I recognized them from the show. One of the performers must have given them to her as he or she left the stage. I watched as the woman in the wheelchair took a picture of them with her cellphone camera and sent it off to somebody with whom she wanted to share her joy. I thought of the difficulty of her life, all she must have suffered, must suffer daily. But there she was - and she had received a gift she would have missed otherwise.

Dance this mess around.

Don’t that make you feel a whole lot better?

Posted by Steven Elliott at 5:36 PM No comments: