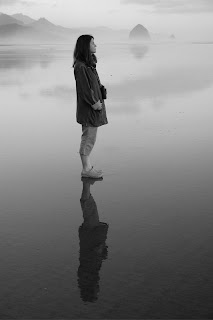 The challenge of life is to find the courage to love in passing. To go, loving. To love and let go. There is no other way to love in this world. And no better way to spend whatever time we have left.
Posted by Steven Elliott at 4:53 PM 1 comment: