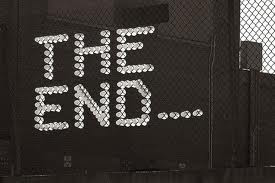 We thought it would be a huge relief when the trial had concluded. There was a month between the end of the criminal trial for Elva Diaz and the sentencing hearing on August 5, 2011. We had to be away for two weeks for the trial, and when we returned home, we found that we had a lot of catching up to do: the bills had piled up, the garden and the yard was overgrown, and the to do list had increased at work - urgent demands all vying for our attention. We found ourselves unexpectedly stretched thinner than we had been in long time.

To add to our distress, we were tasked with writing a Victim’s Impact Statement. We had known for three and a half years that the day would come when we would need to submit one. And we have dreaded the prospect for as long as we have known about it. How could we possibly hope to articulate what Rachel means to us? How could we describe the kind of person she was? How could we convey how her death has impacted us? Multiply them as we may, we knew mere words could never bring Rachel to life. Every attempt to capture her essence, the depth of our pain, or the quality and magnitude of our love is doomed to failure.

Sentencing. Making a sentence. A sentence is something meaningful - but it is also an artificial construct, a symbolic approximation of truth, an interpretation of reality at some remove. For us sentencing meant making a declarative statement of our love and our loss of Rachel, however inadequate it may prove to be

Our Victim’s Impact Statements were to be read and considered by the Probation Department for sentencing recommendation and by the judge for sentencing determination. We invited anyone affected by Rachel’s death to submit a statement. We never knew how much our words might influence the actual decision making process, but we hoped, at least, to impress upon those who read or heard them what we all have lost in losing Rachel. A surprising number of people - over 30 in all - submitted statements. Each one captured something unique about Rachel and her impact on the person who wrote it. Jill compared the final package we put together to a multifaceted jewel, each perspective revealing a slightly different aspect of Rachel - the whole an impressive thing of beauty. Reading them was an intense emotional experience for us, and we will treasure each one as a precious gift for as long as we live.

We were surprised both by who did and who didn’t submit statements. We don’t resent those who didn’t, because we understand the difficulty and futility of the task. Some people tried and never succeeded in finding words. Some people were silenced from the outset by the overwhelming impossibility of the task and never actually put pen to paper (or finger to keyboard, as the case might be). I sat down at the computer one Saturday morning with much fear and trembling, not knowing whether I would be able to find the words or not, fearing that I wouldn’t. I was nearly paralyzed with anxiety, panic increasing as each moment passed, trying not to entertain the idea of failure, powerless to banish the thought from my mind. I didn’t want to let Rachel down. Early on, as I had imagined the task, I fantasized about my statement being the best thing I had ever written (since it was without question the most important). But, mercifully, I realized that was unrealistic, demanding too much of myself, and I settled for just getting the job done with some degree of authenticity. I accepted that my words would be inadequate and that my love for Rachel could never be satisfactorily expressed. I gave myself the freedom I needed to hazard the attempt and to fail.

In the end, I did write a statement only four typed pages long. I can’t judge whether it is good or bad, adequate or inadequate. I was just relieved I would have something to read to the judge in Elva’s presence at the sentencing hearing. Jill’s statement was 12 pages long, and that was not enough to say all she wanted to say. Judge Mark Johnson was touched by the words of the eight people who read their statements in court, though, and it was clear by his bearing that he sympathized both with our loss and the difficulty of our task. To him, Rachel was as real as our pain. That he understood what we had lost is a surprising source of comfort to us. For that, more than anything else, we are grateful.

A sentence is finite. We understand endings. A sentence is a punishment with an end in sight. For Elva, the sentence put a period on the term of her punishment. It is, I suppose, ultimately a hopeful thing. There will be a predetermined end to the unpleasantness of the legal consequences for her crimes. Judge Mark Johnson sentenced Elva Diaz to the upper or “aggravated” term for Gross Vehicular Manslaughter. Ten years. Perhaps, in the bewildering calculus of the legal system, three or four years with credit for time served. Now Elva Diaz knows how long she will have to suffer.

But it is not so for us. Our sentence is indefinite and continues on for as long as we can imagine the future. A run-on sentence. It never really makes a point, never reaches any sensible conclusion...

Posted by Steven Elliott at 4:34 PM

Dear Steve and Jill,
From time to time I read this blog to get a sense of how you are. It leaves me with a lump in my throat and tears in my eyes. Please know that there are people even on the periphery of your life that share in your sorrow. My father was killed by a drunk driver before my birth. My loss is very real. I can't even fathom the enormity of yours. God bless you dear ones. With love, prayers and deep respect,
Marylou