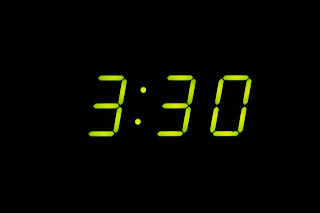 Rachel was pronounced dead at 3:30 am. I know that this is an official time and that her spirit more likely left her body shortly after she was hit head-on by a drunk driver at around 12:30 am. The people on duty at the hospital told us that though her body was young and healthy and strong by the time she arrived there was really no hope of saving her life. At that point they were only trying to preserve her body so that they could harvest any salvageable organs. Rachel wanted to be an organ donor and had indicated her wish on her drivers license. Unfortunately, Rachel’s body was so badly damaged by the impact, there was nothing they could save. She was denied even that awful last wish.

It is remarkable that a person as young as Rachel would have the presence of mind to consider and record her intent to donate her organs in case of sudden death. Considering Rachel’s intention to become a forensic scientist, though, I guess it really is not too unexpected. I remember when she asked me if she could donate her organs and if I could help her register when she turned 16 and got her driver’s license. Of course I didn’t want to consider the actual possibility, and I thought at the time that to assent would really be agreeing to nothing. I could be the good guy and say “yes” and not have to live with any real change (unlike, say, agreeing to letting her get her nose pierced). She was surprised to learn that I had already filled out an organ donor card.

I cannot find the words to express what it is like for a father to contemplate the fact of his little girl’s shattered body. I was not there when it happened. I did not see her body, and maybe that is a mercy. I would have been there if I could, even if it had killed me (and I think it would have). There was nothing I could do to save or help her. We weren’t even aware she had been killed until hours after it had happened. We were denied the horrific privilege of attending our daughter’s passing from this life as we attended her entrance.

For days after the wreck, I would lay in bed, wide awake, and listen to my heart pounding in my chest. I marveled it had the strength to make such a commotion, suffering as it was. How do you sleep after such a thing? How do you eat? How do you drink or carry on with a hundred other ordinary, insignificant tasks? Why? We tried to eat and sleep because we knew we must. We pantomimed normal life, knowing nothing would ever be normal again. We were victims of some hideous, debilitating disfigurement, but, somehow, the rest of world was oblivious to our condition.

When I did fall asleep, I would wake up promptly at 3:30 in a panic, my heart pounding against the mattress. It felt like a betrayal to sleep, knowing my daughter needed me. But I was too late; I had already missed her. I had slept through her hour of need, like Jesus’ friends in the garden.

In desperation, I would pray. Everyone I cared for was suffering because of Rachel’s death, so there was plenty of need. I thought that if the enemy was keeping me awake to accuse me of being a crappy father who could not protect or help his daughter, I would spoil his fun by spending the time in prayer. Even if that wasn’t the case, I felt it was something I could do in the darkest hours of the night. And sometimes, the exercise would calm my heart enough that I could go back to sleep.

11 months after the wreck, I still wake at 3:30 in the morning. I open my eyes and the digital numbers glare back at me from the clock on the night stand, an accusation. My heart doesn’t pound anymore like it did when the wounds were fresh, but there is a heaviness I can’t shake...and dreams that haunt me. I pray to save my own life and for my dearest loved ones who still suffer and have not found their footing. I pray for the truth to be revealed about exactly what happened February 21, 2008. I pray for a change in America, so that fathers like me can lay in bed in the darkest hours of the night knowing that their children are safe from harm from drunk drivers. As far as I am concerned THAT is the change we need.

Posted by Steven Elliott at 6:24 PM