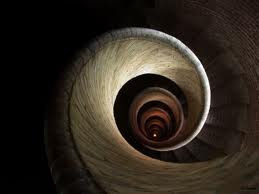 We are in the midst of the criminal trial. I can’t talk about that now, as much for discretion’s sake as because I am at a loss for words. We want to hear the truth and expect justice will inevitably result. But, somehow, it seems, the process is not that simple...

I want to step back a little. A few weeks. Jill was away for a few days, attending another of the many pre-trial hearings in southern California. I encouraged her to stay through the weekend with her father at the cabin in the mountains near Lake Arrowhead that he and his wife have recently remodeled. Janet, his wife, would be away for the weekend, visiting her daughters, and it would be an opportunity for the two of them to spend some time together. From the front deck of the cabin, they could watch mountain bluebirds flit among the branches of the pine trees that grow just out of reach and feed the tree-squirrels that come to beg for the peanuts kept handy for their frequent visits. Time with her Dad, a change of scenery, the beauty of the mountains and the fresh air - Time well spent is good for the soul.

So that left me home alone. What does a married man, whose children are grown or gone do under such circumstances? I don’t hunt or fish or bowl or play poker. I tried to catch up on some reading. I dared to attempt to write. I watched movies I thought Jill would appreciate missing. Jill is long-suffering in her tolerance of my film choices, but every saint has her limits.

I watched “Rabbit Hole”. The film is adapted from a play by David Lindsay-Abaire. It is about a couple, played by Nicole Kidman and Aaron Eckhardt, who are grieving the death of their young son. Not exactly a feel-good movie. The disc had remained untouched for weeks in its Netflix envelope. I couldn’t find the right time to suggest to Jill that we watch it together. I knew that Mother’s Day wasn’t the right occasion...

The title of the film comes from a graphic novel that the young man who had the misfortune to unavoidably run over the little boy is creating. The premise of his graphic novel is that ours is only one of many possible articulations of the multiverse. Nicole Kidman’s character forges an unlikely friendship with the troubled young man, drawn to him out of the communion of their shared pain. She likes the beautiful idea that somewhere out there another version of herself is happy and her son is alive and well, though she doesn’t really believe it. It is another example of magical thinking. We all do it. Sometimes a little willing suspension of disbelief helps.

I was as inconsolable at times watching the film as the characters themselves. As painful as it was to watch - which is, no doubt, a testament to the authenticity of the writing and the skill of the actors - I found it to be ultimately encouraging. The bereaved parents do find a way to move tentatively and hopefully forward, individually and as a couple. We can’t imagine how they can possibly survive, and yet, somehow they manage. It forces us to marvel at the resilience of the human spirit and the power of love to persist in the face of seemingly overwhelming devastation.

The film is faithful to the real experience of grief. It doesn't exhaust the gamut of possible responses, but it does touch on the big issues and difficulties that grieving people deal with. It is honest enough not to offer cheap and unrealistic prescriptions.

There is no way to predict how the loss of a loved one will affect and reorder one's life and relationships. It is an emotional tsunami.

Those who have walked this road understand. We surprise and disappoint ourselves and others by our reactions and the often bewildering strategies we devise to survive. Some people get stuck. Some try to numb their pain with drugs or alcohol or sexual indulgence. Some withdraw and isolate themselves. Some look to find help in the company of those who have walked the road before them. Some surround themselves with mementos of their lost loved one's life, and some need to rid themselves of the unbearable reminders of what they have lost. Some couples are driven apart. Some become closer. Some embrace the comfort to be found in religious faith, others blame God.

In the film, Nicole Kidman’s character’s mother has also lost a child. The circumstances of the deaths are vastly disparate (one was a little boy hit by a car, the other a 30 year old man who overdosed). This is a source of some friction between the mother and daughter - but they learn to accept the fact that they do share the stark and inescapable fact of loss. I share a similar bond with my mother, though the circumstances of my sister’s and my daughter’s deaths are not so different: they both died in car wrecks when they were 18 years old.

The two women have a crucial and poignant exchange in the basement of the family home while they are storing the little boy’s belongings away to make it less complicated to sell the home:

Nat: "No, I don't think it does. Not for me, it hasn't - has gone on for eleven years. But it changes though."

Nat: "I don't know... the weight of it, I guess. At some point, it becomes bearable. It turns into something that you can crawl out from under and... carry around like a brick in your pocket. And you... you even forget it, for a while. But then you reach in for whatever reason and - there it is. 'Oh right, that...' Which could be awful - not all the time. It's kinda..."

A year or so after Rachel was killed, Jill and I had dinner with a couple who had lost their own son in a motorcycle accident 10 years before. They were still alive. We couldn’t imagine ourselves in their place, 10 years down the road, without Rachel. We didn’t want to. In those days, our grief felt like a mountain had collapsed on us and we could not possibly dig ourselves out of the avalanche. If we could find the strength to dig, we didn’t even know which was was up. Our only hope, we thought, was rescue. We couldn’t help but ask the same question of our friends that Becca asked her mother: Does it get easier? Is there hope for us, down the road? Their answers were similar: “It never goes away. It does become more bearable. The emptiness you feel in Rachel’s absence is itself a presence that will never leave you. As improbable as that may sound to you now, it is strangely comforting.”

I have wondered whether I should watch this movie. Thanks for the review. Praying for your family as the trial process continues. It is painful but one day will be behind you