God On Our Side* 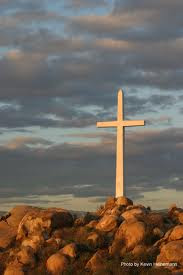 The courtroom is a strange congregation. I am reminded of nothing so much as a wedding, where the attendants are seated according to their relationship with either the bride or the groom. Only this isn’t a wedding. We avoid eye contact across the aisle. It is rather a somber assembly -. more somber, perhaps, even than a funeral.

Like a funeral, one of the principal players is conspicuously absent: the victim, namely, Rachel.

We have dreaded the day of the arrival of the trial since we learned that Rachel had been killed by a drunk driver. We knew it was coming. It took 3 years, 4 months, and two days to come to fruition - long enough for Rachel to have graduated college; long enough for her friends and contemporaries marry and have children of their own.

When Jill and I finally got the news that the actual trial date was confirmed, our hearts started pounding in our chests. We tried to use techniques we learned in yoga, breathing deeply and consciously to relax and calm our troubled hearts enough so that we could sleep. We both lay awake in bed all night, feeling our hearts pounding out their distress signals through the mattress. We wondered if they could keep the pace through the night or if they would simply giving out from exhaustion. It’s a strange thing: I didn’t think my mind was overly anxious - I told Jill and reminded myself that this was Elva Diaz’ trial, and not ours. But somehow our bodies were unconvinced by our reasoning.

We haven’t experienced such a bodily reaction since the first weeks after Rachel was killed. We felt as we did when we planned, attended and spoke at Rachel’s memorial services. Only this time the terms under which Rachel could be mentioned were scrupulously regulated: No mention could be made that the trial began on her 22nd birthday. No representations of her image or her name could be visible. A friend of Rachel’s who got a tattoo in her honor was forced to cover it up.

Strangely, though, once the proceedings began, Jill and I felt better. Our hearts slowed to something approaching their normal rate. We were able to sleep. Perhaps the anticipation really was worse than the reality, as with so many odious things in life. Perhaps there is something about the mind-numbing mundanity of the judicial process that makes what would normally be intolerable possible to endure. Perhaps, even this is a blessing.

It is out of our hands, now. Though how much we have ever been in control is questionable. There is something pacifying in the knowledge that whatever could be done has been done and that all that is required of us now is to show up and witness the proceedings.

Not that it has been easy to sit quietly while the facts have been intentionally distorted, confused, and covered up, while those who have sworn before God to tell the truth, the whole truth and nothing but the truth have done no such thing. Not in every case, but often enough that I can feel the anger rise in my chest like a fist. I swallow hard and keep my mouth shut.

But we have been strengthened by those who have sat beside us day after excruciating day. And we know that those present with us in court represent only a small portion of a much vaster congregation of love, present to us and for Rachel in the ways they are able. One dear friend who could not attend the first day of trial described to us how she had got on her knees in the restroom at work to pray for us as the trial began. Many who hardly know us but who have been touched by Rachel’s story and share our pain, have sent encouraging cards and emails, assuring us of their loving thoughts and prayers. All I can say is that we are truly, truly, humbled and grateful. I feel I owe a debt of love I can never hope to repay. And that has given me a new appreciation of grace.

On Sunday evening we decided to walk the trail to the cross at the top of Mt. Rubidoux. We shared the trail with more people than I imagined. It felt like a pilgrimage. There was a celebratory atmosphere, and an infectious fellowship that made perfect strangers exchange pleasantries and make small talk as we made the ascent. We shared a higher purpose, a common aspiration - making it to the top of the mountain.

We reached the summit just about sunset. The view from the top was spectacular, with a 360 degree view of the Riverside area, so often obscured by smog. Families mingled at the cross and read the inscriptions left in honor of Father Junipero Serra and other local historical dignitaries. We spotted lizards and kangaroo mice. We watched the sun drop behind the coastal mountain range.

In the failing light, we made our descent. The mountain was covered by or made up of huge boulders. On one boulder near the top I saw chiseled into the rock an inscription of the words of Jesus: “Let Not Your Hearts Be Troubled...” Jesus spoke those words to his disciples when they received the distressing news that he would be leaving them soon. It was a boulder such as this that sealed their Lord’s tomb, and, against which all their hopes were dashed. But after it was rolled away, the boulder was transformed into another affirmation of God’s ability to overcome any obstacle and to keep his word. Countless people around the world have taken courage from the words written on this rock over the millennia and no doubt thousands have been inspired by them on their way up to or down from the cross on the mountain. Still, they spoke personally to me, again. I took the message to heart.

The following day, as were seated in our places in court, Jill turned to me and said, “Ray is here.” I didn’t understand. I didn’t know who she was talking about. I turned to see my dear friend, Ray Houle, who had traveled all the way from Connecticut to share this difficult ordeal with us. I couldn’t have been more surprised or pleased if God had dispatched an angel straight from heaven. In every way that really counts, I suppose he did.

I’m not saying God or the universe is on our side. I recognize that each person in the courtroom is a precious child of God, and he has no favorites. I have consciously reminded myself of this as I have looked at each face present. Tomorrow, Thursday, June 30, the jury will be tasked with deciding Elva’s level of guilt for her crimes. The outcome is uncertain, and it is out of our control. But I know now more than ever that love is with us. And, since God is love*, that is enough.